Your case is in safe hands 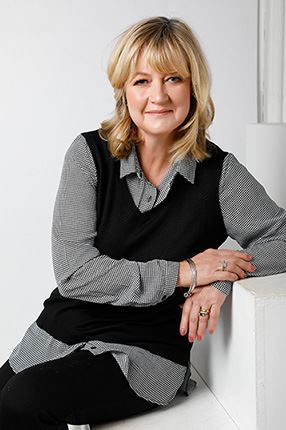 Samantha Robson, a dedicated sexual abuse solicitor, has been helping victims of sexual abuse win compensation for over fourteen years. Qualifying in 1997, Sam was first made a partner in 1999, having been recognised early on in her career as a tenacious litigator.

Since then, Sam has won millions of pounds in compensation for the victims of sexual abuse.  She is known nationally for her expertise and has been recognised in the prestigious Legal 500 for her skills.

Sam is also a supporter of mandatory reporting and firmly believes a change in the law is necessary to help prevent child abuse.

A history of success

Sam has represented young victims of Nigel Leat, the convicted paedophile teacher who was sexually abusing children at a first school in Weston Super Mare.

Sam has successfully pursued countless sexual abuse claims against the Church and she has settled high value cases for victims abused by members of the clergy.

She has also conducted numerous cases for male victims of the failed children’s home, Bryn Estyn in Wrexham North Wales.  Following the investigation by Operation Pallial, Sam has successfully settled disputes for a number of Bryn Estyn victims, despite the fact that these cases would ordinarily be too late to bring to Court and statute barred.

Sam has pursued numerous winning claims against the notorious Kent based children’s home, Kendall House and has also litigated many cases against public schools where teachers have abused the young people under their care.

Sam has gained notoriety for representing victims who have suffered sexual assault within organisations such as the Scouts.   She is currently representing a number of young victims of Dr Myles Bradbury, the consultant at Addenbrookes Hosptial in Cambridge who was convicted of sexual offences in December 2014.

She has conducted claims to the Criminal Injuries Compensation Authority (CICA), recently winning a CICA appeal for a rape victim gaining the maximum award of £500,000.

Sam is passionate about her work and her professional, empathetic nature lends itself to understanding her clients and the trauma they have suffered. She appreciates that no amount of compensation for child abuse can replace a lost childhood, but she fights hard to ensure her clients gain the compensation they deserve.

Sam has three young sons and enjoys horse riding.  She can often been seen competing at local shows with her Irish horse Eddie.

Sam is a member of the Association of Child Abuse Lawyers (ACAL).

You can contact Sam at any time on sam@robsonshaw.uk.