Robsonshaw has successfully brought claims against both the Church of England and the Catholic Church following sexual abuse by the clergy.

If you have suffered physical or sexual abuse from any religious organisation, speak to us about a potential claim for compensation.

We offer No-Win, No-Fee agreements for civil claims. Contact us in complete confidence at any time for free advice about a potential claim. Robsonshaw's experienced solicitors will support you through the claims process and help you move on from this traumatic experience.

The Catholic Church has had to accept that some of its priests have been found guilty of sexual abuse and it is now well known that those priests targeted religious institutions to gain access to young victims. Whilst the Church is struggling to restore its credibility by implementing systems to deal with sexual abuse, compensation claims continue to be made.

A claim against a Church is usually brought under the principle of "vicarious liability".  This means that where a priest or member of the clergy has abused someone whilst at work, the Church may be legally responsible for their actions.  Most organisations have insurance to cover this eventuality.

In the past, Churches have tried to argue that they should not be legally responsible for the criminal actions of people working within their organisation.  However, in 2012 a landmark decision was made by the Court of Appeal which changed things.

In this case, the Court decided that despite the fact a priest may not be paid a wage by the Church, the role of a priest was akin to that of an employee. As such, the Church would be vicariously liable for their wrongdoing.  This case has had far-reaching ramifications, and has led to many new sexual abuse compensation claims.

If you're considering a claim for compensation against the Church for abuse, please contact Sam at sam@robsonshaw.uk. 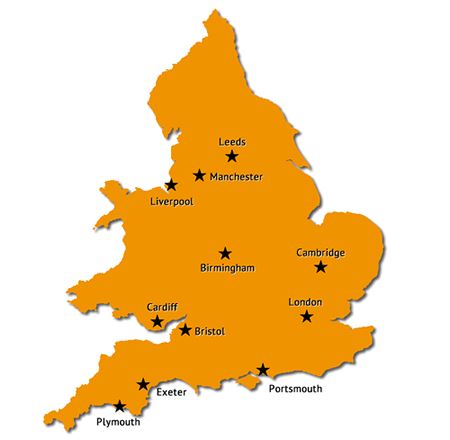 You can also contact us using any of the following local rate numbers: