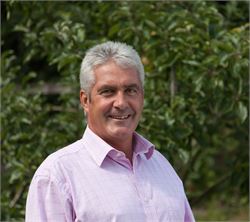 As a science Graduate, Robert worked in the medical world prior to becoming a solicitor. He worked as a personal injury specialist for City firm Hempsons, before honing his financial skills as a commercial solicitor with Berwin Leighton.

Robert then relocated to the West Country and was a Partner and then Director of a regional law firm for 25 years. Robert has first-hand experience of the challenges of running a business and dealing with clients from all walks of life.

A history of success

Robert has particular experience in personal injury litigation which, combined with his medical knowledge, makes him an ideal and successful claimant solicitor. Robert has represented claimants in the Court of Appeal, County Courts and has been a successful advocate for abuse victims in the CICA tribunal.

Amongst other winning cases, Robert successfully won a six-figure award for a victim of a paedophile ring based in Cheltenham in the 1980’s.  The victim had suffered terrible abuse at the hands of three adults, and whilst no amount of compensation could bring back his childhood, the significant award did enable him to re-build his life.

Robert specialises in CICA claims for sexual abuse victims.  He has particular expertise in bringing CICA cases out of time, re-opening CICA claims on medical grounds and pursuing CICA Reviews and Appeals.

When he is not working, Robert is a keen cyclist and also supports his local rugby team.