Rotherham, a victim of a tick box mentality?

Solicitor, Robert Shaw considers what lessons have been learnt 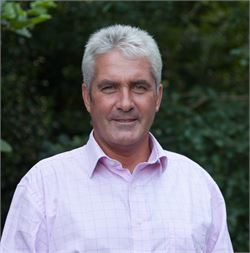 Is Rotherham so very different to any other metropolitan borough in the country? It may have a greater incidence of social deprivation and it may have a larger proportion of its population from minority cultures. This does not single Rotherham out as a place where one would instinctively look to find widespread and persistent sexual abuse of its children in care.

Whilst we cannot know the reasons why sexual abuse occurs, we can analyse the environment that must exist to allow sexual abuse to flourish under the noses of the very people who are tasked to guard against such practices.

Professor Alexis Jay has now completed her findings and published her devastating report into the Rotherham scandal.  Jay has emphasised the collective failings of council officials and the local police. Perhaps it is no coincidence that both local authorities and police constabularies are now saddled with the sort of management systems that drives away personal responsibility in favour of tick box mentality.  Modern management doctrine means that all actions should be risk assessed, information should be collected and reviews should be conducted. Of course this may be admirable in the abstract, but the situation at Rotherham shows how it can be hopelessly inefficient and downright dangerous in practice.

Before the introduction of such systematic management control, managers would exercise their own skill and judgement in deciding whether an employee was performing satisfactorily. Nowadays, there is no necessity to ask an employee how they are performing as their actions will have been documented, probably in advance of the task, in a generic risk assessment.  The outcomes will be recorded on a standard list, with no real thought given to their use or purpose.  For certain roles, such a system could work well. However, in the realm of childcare, it appears from the Rotherham case, that this method of management control was fraught with loopholes and has been proved a hopelessly ineffective way of overseeing staff.  Management no longer investigates what an employee has done in practice but relies upon a document to confirm what the employee should have done. The difference between what an employee has actually done and what he says that he should have done is the difference between spotting institutionalised sexual abuse at an early stage and blithely assuming no sexual abuse occurs.

Likewise, when an employee is entirely in control of recording the outcome of his actions, what employee is likely to admit failings when they can simply record a successful outcome by ticking the box?  Particularly so as the employee knows this is the outcome the employer wants to read, and much the simpler way to achieve job commendation.  Indeed, the system is predicated on the basis that an employee knows that an employer will never actually scrutinise his actions or outcomes and an employer knows that he will never have to investigate an employee in the flesh.

`Tick box’ mentality has become the bane of every sensible employees working life. There can be few people who work in an office or, indeed, in any job with an element of administrative function, that do not rail against the seemingly endless forms that need to be filled in. The natural consequence for thinking people when confronted with endless and seemingly pointless forms is to ignore their function. Nobody admits to this and the administrators who insist upon this style of practice management either turn a blind eye to the obvious fiction, or are so bound up with the apparent success of their management regime that they cannot countenance shortcomings in the system.

No doubt the local Constabulary and Rotherham Council complied fully with their practice management standards and will be able to show numerous `ticked boxes’ recording how well the system was working. I wonder, however, just how many reports were compiled of actual investigation into sexual abuse of children in care?  The problem with a top-down practice management system is that it only works if employees truly embrace it, are honest and cannot enter fictitious results.

Turning to Rotherham, I suspect that had a police officer or council official actually sat down with the children who were abused, looked them in the eye and listened carefully, that child would have imparted a sufficiently harrowing account to persuade even the most casehardened officer or official to do something about it. By contrast, when that same police officer or council official looked at a spreadsheet or in house report showing incidences of abuse, the ability to empathise was dangerously reduced. It is, after all, almost impossible to understand the trauma of sexual abuse by staring at ticked boxes or statistical data.

Perhaps the underlying message is that it is now simply unacceptable for officialdom to abdicate personal responsibility in favour of statistical overview. It is all too easy for officials to pass the buck and argue, `I was only doing my job’. Until such time that we see changes in the way in which officials are accountable, sadly I cannot see the system improving.  Perhaps mandatory reporting is the way forward and we need this measure to criminalise an individual’s failure to report abuse.  Certainly, in other cases such as the Nigel Leat scandal at Hillside School in Weston Super Mare, if mandatory reporting had been in place at that time, predatory paedophiles such as Leat should have been stopped in their tracks at a much earlier stage.

Anyone working with vulnerable young children have to be totally accountable.  It seems if the situation in Rotherham is as devastating as Professor Jay describes, urgent and significant changes in our current system of reporting are required. Personal responsibility must be the bedrock of our legal system when it comes to the care of others.  We cannot be permitted to `turn a blind eye’ when it comes to the protection of children.

So, is Rotherham so very different to any other borough in England? Of course the answer is no. I suspect that it is also the case that the checks and balances inherent in the practice management standards employed by the local Constabulary or Borough Council are repeated up and down the country. Therefore it is only a matter of time before other local authorities and police constabularies realise, or perhaps admit the problems of sexual abuse amongst their institutionalised children in care.

If you, or a family member are a victim of sexual abuse and would like advice on a free, no obligation basis, please contact us on enquiries@robsonshaw.uk.