Solicitor Robert Shaw considers the importance of the Woodlands case

There is a principle in English law that the offender, or negligent party (the defendant) is usually primarily liable in compensation to its victim. This is common sense. However, it is equally self-evident that the defendant may be an individual with limited means and unable to adequately compensate a victim for his losses.  Furthermore, a defendant may be uninsured for the claim, as is often the case where the defendant has say, committed a criminal act such as sexual abuse.  Such an offence can also be termed an `intentional tort.’

Nowadays, the principle of vicarious liability ensures that victims can sue employers of employees who have committed a wrongdoing.  The employer is assumed to hold employer’s liability insurance to cover this eventuality.  In 2001, this principle was extended to intentional torts, such as sexual abuse, following the Lister case.

Whilst vicarious liability may seem onerous on employers, the principle ensures individuals are properly compensated if they suffer injury as a consequence of failings at the hands of an employee.  This applies both in the realm of sex abuse compensation, and to other injury claims where an employee has failed in their duty and that failure has caused injury or loss.

At its heart, vicarious liability relies upon the principle that where the defendant is in employment or, at least engaged by an institution such as a school, then it is to be assumed that the school should bear some responsibility. This is because it is assumed the school properly vetted the offender when deciding to employ him or her, and should have overseen their work and thus – to an extent – controlled their work time activities.  The theme of control of the offender in the workplace is fundamental to the principle of vicarious liability.

Likewise, it has traditionally been assumed that the injury must have been caused by an employee working in a manner that was connected with their employment.  At one end of the spectrum an institution may exert rigorous control over its employees, such as a school over a teacher.  Thus a school is unlikely to escape blame if during the school day, one of its teachers was sexually assaulting pupils. This duty may extend off school premises, if say a teacher abused pupils on a school trip.  The `close connection’ test is therefore important and plays a central role in deciding whether vicarious liability will apply.

There will be examples when injury was caused in circumstances in which the employer exerted only modest control over its employee or, perhaps no control at all if the employee caused injury when acting in a manner inconsistent with work duties.

So when does vicarious liability apply?

This was a question the Supreme Court had to address in a recent landmark case.  The court had to consider to what extent a school can delegate responsibility to a non-employee who then abuses that responsibility and causes loss?  In legal speak, this is known as a non-delegable duty of care.

In Woodland v Essex County Council [2013] 3 WLR 1227, the Supreme Court reversed the decision of the Court of Appeal and expressly extended the law on non-delegable duties.  It found the school were liable for the negligence of the swimming instructors, the first decision of its kind since Lord Denning forewarned of this principle on a similar case, Cassidy v Ministry of Health [1951], some 70 years ago.  In Cassidy, Denning looked at whether in a medical accident claim, the injured party could sue the hospital where the negligent party was not an employee.  In that case, the court identified the crucial factor as the relationship between the hospital and its patient, rather than the relationship between the hospital and the doctor.  Denning thought the duty of the hospital towards it patient was personal and vicarious and was therefore non-delegable.

In the Woodland case, a 10-year-old pupil at a school in Essex went on a school trip to the local public swimming pool. The swimming lessons were carried out, not by teachers, but by an 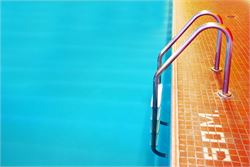 independent contractor called Direct Swimming Services (DSS).  DSS engaged people to be lifeguards and swimming teachers.  Sadly neither DSS, or several of its swimming instructors, were insured.  Annie Woodland got into difficulty in the pool and suffered hypoxic brain injury.

The school was insured and therefore the question was whether her parents could successfully sue the school. The court had to decide whether it was permissible for the school to legally delegate its duty of care towards its pupils to the swimming pool and or DSS, and whether the school was vicariously liable for their contractor’s negligence.

In summary, the court considered various important features which made the school liable to Annie Woodland.

1.  The victim was only a 10-year-old girl and therefore considered to be particularly vulnerable and dependent upon the protection and care of the school. Presumably had the victim been an 18-year-old then the school may have escaped liability.

2.  There was obviously an historic legal relationship between the school and its pupil and hence an ongoing duty of care toward her. That relationship carried with it a high degree of control on the part of the school over the activities of its pupil.  Therefore the school had assumed a positive duty to protect its pupils from harm and not just a duty to ensure its pupils kept out of trouble.

3.  The pupil had no say in where she went swimming and how the swimming lessons were conducted and so she was at the mercy of the school in ensuring the lessons were safe.

4.  The school engaged the swimming pool and DSS for the very purpose of ensuring that its pupils were safe while swimming.  The requirement to care for its pupils was fundamental to a pupil / school relationship.  Hence the court decided that when the school agreed to offer swimming lessons to its pupils, the school had assumed a legal duty of care that the lessons were properly supervised by whichever organisation, be it the swimming pool or DSS, by whoever carried out the supervision.

5.  Swimming lessons were regularly undertaken by the school and therefore to be considered as part and parcel of the curriculum. The visits to the swimming pool took place during school hours and the school decided which swimming pool to attend.

So far so good.

However, the court was acutely aware that its judgment might extend blame to schools for injuries caused to pupils in circumstances where the school was clearly not at fault and had no ability to prevent the accident. The court was concerned that schools would simply stop offering extracurricular activities for fear of being sued.

Therefore the court went on to determine the limit of the potential liability.  In particular the court looked at the question of cost to the school and whether the liability would impose an unreasonable financial burden on schools.  The court found various other factors to be of general importance.

1.  Firstly, the principle only applies to vulnerable victims who are highly dependent on the institution, such as a school or old people’s home.

2.  Pupils are required by law to attend school and therefore the parents had no option but to entrust their children’s well-being to the school. Hence schools must exert extra care.

4.  In reality the court hoped that its judgment would not radically increase the liability of schools and extracurricular activities should continue to the benefit of all pupils.

5.  The court noted that if the pupil had been attending a fee-paying school then there would be no argument that the school was liable because it would have been sued for breach of contract.  The Unfair Contract Terms Act expressly excludes an organisation from contracting out of liability for personal injury. The Court felt it unfair that fee-paying pupils would be compensated whereas state school pupils might not.

Thus vicarious liability has become an evolving doctrine.  It remains to be seen if the Woodlands decision will have far reaching ramifications for claimants.  Whilst the court in this case intended the principle to be extended on narrow facts, in my view, the Woodlands doctrine is likely to be applied in a wide range of contexts.  For example, will a local authority now be liable for its foster carers who sexually abuse children under their care?  Previously the case of S v Walsall Borough Council 1985 prevented an authority being sued in this scenario.  No doubt many solicitors will be reviewing their files following the Woodlands case as such a claim may now well succeed.  We will have to wait and see how those cases are treated by the courts and whether vicarious liability will be extended further to assist claimants injured by the negligent actions of sub-contractors and third parties.

Robert Shaw is a Partner at robsonshaw with over twenty five years experience as a litigation solicitor.  If you or a family member need legal advice on a confidential, free, no obligation basis, please contact Rob at robert@robsonshaw.uk.