It has been a long established principle of English law that for reasons of public policy, victims of accidents at work may be entitled to sue the employer rather than the person who actually caused the injury.  The principle is referred to as vicarious liability.  The reasons why vicarious liability has been developed in the Courts are obvious. The person that causes the accident may be not be able to properly fund compensation.  They will almost certainly be uninsured for their tortious acts or omissions.  By contrast, an employer is likely to have employer’s liability insurance to financially compensate the victim.

Notwithstanding the preponderance of vicarious liability claims, there still remains a delicate balance between the public policy benefit of compensating a victim from an insured fund, compared to imposing public policy liability upon an employer who may have done very little wrong.

In determining cases involving allegations of vicarious liability, the court has to decide which of the two parties – the victim or the employer – should bear the loss.

The starting point in determining of the principles of vicarious liability is Lister v Hesley Hall Limited [2002] 1 AC 215 [139-174].  It reinforced the twin principles that an employer is not responsible for wrongful acts done by its employee unless it is done in the course of employment. It is deemed to be so done if it is either a wrongful act authorised by the employer or a wrongful and unauthorised way of doing some act authorised by the employer.  However, an employer is liable even for acts which it has not authorised provided they are so connected with the business of the employer that they might properly be regarded as modes of carrying out the employer’s business.  Hence employers will be held vicariously liable for tortious acts committed during the course of business, and in furtherance of the business.

The extent to which an employer may be liable in vicarious liability for the tortious acts of its employees were reined in following the recent case of Mohamud v WM Morrison Supermarkets - [2014] EWCA Civ 116. 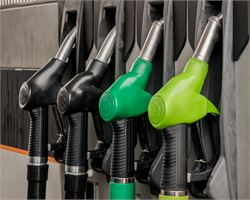 Mr Mohamud entered the petrol station kiosk at a Morrison’s supermarket.  He asked the attendant if he could print some documents from his USB stick.  The attendant was racially abusive so Mr Mohamud left. However, he was followed out by the attendant to the forecourt where he was subjected to a violent assault including punches and kicks.

Mr Mohamud sued Morrisons.  At Court he argued the attendant should have been regarded as “wearing the badge of the employer”. He had been placed in a customer facing role by Morrison’s and interacted with customers such as Mr Mohamud on a daily basis.  Customer interaction formed part of his duties so it was fair and just that Mr Mohamud have a remedy against Morrison’s.

The court determined that vicarious liability will only be made where there is a sufficiently close connection between the wrongdoing and the employment so that it would be fair and just to hold the employer vicariously liable.

Although the assault took place at Morrison’s forecourt, the Court found;

“The mere fact that the employment provided the opportunity, setting, time and place for the tort to occur is not necessarily sufficient… some other factor or feature going beyond the interaction between the employee and the victim is required. The decided cases have examined the question of close connection by reference to factors such as the granting of authority, the furtherance of an employer's aims, the inherence of friction or confrontation in the employment and the additional risk of the kind of wrong occurring.”

The Court noted that if Morrisons were liable, then in practically every case where an employee was required to engage with the public, the employer would be liable for any assault that followed from such an interaction. The Court considered that to be a step too far.  Instead it stated that where the attendant’s interaction with customers involved no element of authority over them, or responsibility for keeping order, then vicarious liability would not apply.  Hence Morrison’s were not vicarious liable for the employees assault upon Mr Mohamud.

It was conceded by Mr Graham’s employers that Mr Graham had established primary liability against one of its employees. However, the employers disputed Mr Graham’s claims against it in common law negligence and numerous breaches of the various statutory duties imposed by the statutory health and safety legislation. The employers were able to point to their scrupulous health and safety record.  Hence this aspect of Mr Graham’s case failed. When Mr Graham took his case to the Court of Appeal there was no appeal against this dismissal of this part of the case.

The principal issue for the Court of Appeal to adjudicate upon was the vicarious liability of the employer for the assault caused by its employee upon Mr Graham.

The court heard that immediately before the incident Mr Graham and his friend had been larking around daubing putty over each other.  The court also accepted that the solvents involved in the incident had been supplied to the workforce during the course of their employment.  Mr Graham and his colleague were both vehicle repair technicians and the solvent was routinely used in their job. The cigarette and lighter belonged to another colleague and had been borrowed by Mr Graham’s friend immediately prior to the incident.

In the Graham case it was argued that the fact that the employer had sought via the contract of employment, to bind its employees to observe the health and safety legislation, this provision provided the necessary close connection between the work and the assault.  The Court of Appeal also re-emphasised the “checklist” the court must go through before it can impose vicarious liability. These include considerations of:-

(i) the opportunity that the enterprise afforded the employee to abuse his or her power;

(ii) the extent to which the wrongful act may have furthered the employer’s aims (and hence be more likely to have been committed by the employee);

(iii) the extent to which the wrongful act was related to friction, confrontation or intimacy inherent in the employer’s enterprise;

(iv) the extent of power conferred on the employee in relation to the victim; and

(v) the vulnerability of potential victims to wrongful exercise of the employee’s power.

In Graham the Court of Appeal worked its way through these five factors and held that, save for the first; the remainder were not sufficiently present and so Mr Graham lost his claim for compensation against the employer.

There appears to be a distinction between vicarious liability cases where the ‘liability’ is founded on an employer-employee (worker) relationship and those not founded on such a connection.

However, where vicarious liability arguments are not founded upon an employer-employee (worker) relationship, a much looser approach of whether the link between the primary tortfeasor and the party upon whom it is said is vicariously liable is adopted, namely is their relationship one that is ‘akin to employment’?  In light of this, such an area of litigation is potentially a more difficult to advise upon.  In truth it may amount to little more than a recasting of whether it is ‘just’ to impose liability in the circumstances. In other words, would a judge find in the circumstances the party with the ‘greater ability to pay’ should ‘foot the bill’?

If you would like advice on a free, no obligation basis on a potential claim involving vicarious liability please contact Robert Shaw on robert@robsonshaw.uk, or telephone 01392 345333 to speak with him at any time.