Can I re-open my CICA claim?

The Criminal Injuries Compensation Authority (CICA) is a little known government funded organisation designed to compensate blameless victims of crimes of violence.  For example, if you have suffered traumatic sexual abuse at the hands of a family member, the only realistic avenue of compensation for you is a claim to the CICA.  A family member is unlikely to be insured for their criminality, unless they were employed and abused you as part of that role.  Furthermore, if the perpetrator is impecunious and has no means to meet a claim for damages, the CICA is probably your best chance of gaining compensation. 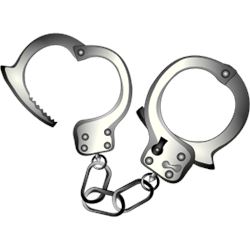 Of course under any government run scheme, there are numerous hurdles which need to be overcome to enable you to make a claim in the first place.  These criteria, including fairly strict time limits, must be complied with to enable you to gain an award.

The CICA make much of the fact that an Applicant can deal with their own claim and they should not need the services of a specialist solicitor.  This can mean that when an award is made, it fails to properly compensate you for all of your losses.  The scheme is not overly generous and due to its strict criteria, the awards are usually far lower than if you were able to be compensated through the civil courts.

Often in sexual abuse cases, the psychological injury is the most serious aspect of the claim and it may be worth obtaining specialist medical evidence to ensure a victim receives the correct tariff for their injury.  The scheme does not assess damages in the same way as a claim brought before the civil courts, it uses a tariff to award damages based on set criteria and fixed categories. Often there can be several thousands of pounds at stake between one tariff and another, thus if you fail to bring yourself within the right category, you may lose out financially.

Many applicants do not realise they can claim for special expenses, such as loss of earnings, travelling expenses, prescriptions and the cost of care.  If a victim has been unable to work, or incapacitated to a similar extent for more than 28 weeks, then these losses can be claimed.  Whilst loss of earnings will only be paid from week 29, other financial losses, such as damaged clothing, dental treatment and so forth should be paid from the date of the injury.

Another aspect of CICA claims which may be overlooked, is the ability to re-open a CICA case after compensation has been paid out.  A claim can be re-opened on medical grounds if there is a significant change in your medical condition if an injustice would occur if the case were not re-opened.  This can be done within two years of the original award with little difficulty.  If say, a victim suffered an injury to one eye which caused permanent cataracts, they would be awarded £6,200 under the current scheme.  If their cataract developed to cause total blindness after the award was made (and as a consequence of the original injury) their case could be re-opened.  Medical evidence would need to be obtained and they should then be able to claim £22,000 for loss of sight, meaning an increase in their award of £15,800.  Of course if this meant they were unable to work and they were off work for more than 28 weeks, the Authority would also consider paying loss of earnings.  Under the latest 2012 Scheme, loss of earnings is now capped at statutory sick pay and will only be paid if you are totally unable to undertake paid work.  This is a major change to earlier schemes which paid loss of earnings according to your actual losses, or predicted loss of earnings in the case of a child who failed to reach their full potential through their injury.

If there is a change in your medical condition within two years of your award, the Authority are likely to re-open your case, provided there is sufficient medical evidence to show the deterioration in your condition.  If it transpires that your condition deteriorated beyond the two year time limit, the Authority will still consider re-opening your case, but will only do so if you are able to furnish them with all the relevant information to investigate the case again.  In other words, you will need to supply copies of the documents relied on when the original award was made, such as the police reports, the application itself, correspondence from the Authority and any medical reports.  The onus is on you to provide this information `without the need for further extensive enquiries’ on the part of the Authority.  If the Authority agree to re-open your case, the scheme which applied at the time your original award was made will be used to re-assess your award.  This is often helpful as the earlier schemes were more generous that the most recent one introduced in 2012.

Sam comments, “If you receive an award from the Authority, I would strongly urge you to keep safe all the papers that were used to determine your award. You never know what is around the corner and it may be that your health deteriorates as a consequence of your initial injury and you need to ask the Authority to re-open your case.”

Samantha Robson has been conducting CICA claims for many years and has a wide range of experience of the different Schemes.  Since 2001, the CICA have introduced two new schemes, both of which have affected entitlement to compensation.  She has gained the maximum award (£500,000) for a rape victim at a CICA Appeal.  Sam can also help you re-open your CICA case to ensure you achieve the compensation you deserve.  If you would like to speak to Sam on a confidential, no obligation basis please call her at any time on 01392 345333, or email her at sam@robsonshaw.uk.