Data published by Woman’s Aid reveals one incident of domestic violence is reported to the police every minute.  The statistics further show that on average, two women a week are killed by a current or former male partner.  The Home Office defines domestic violence as including any incident, or pattern of incidents of controlling, coercive or threatening behaviour, violence or abuse between those aged 16 or over, or are or have been intimate partners or family members, regardless of gender or sexuality.  The definition is very wide.  At one end of the scale, domestic violence may constitute disrespectful behaviour which is not defined as a crime, however sexual abuse and marital rape are clearly crimes of violence. 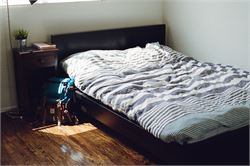 If you a victim of domestic violence, the first priority is your personal safety and that of your children.  There are numerous rape charities and agencies to help you find a place of safety.  Equally important is to report the matter to the police. They will appoint a domestic violence officer who should counsel you through the criminal process.  Once you are living separately, you can then make an application to the CICA for compensation.  If you move back in with your abuser, the application will fail.  The thinking behind this stems from a principle made in 1979 and known as `the same roof rule’.  This rule meant an award would not be made if there was the possibility of a perpetrator benefitting from a payout and hence why compensation is still only paid if you continue to live apart from your abuser.

In order to bring a successful CICA claim, you must report the abuse to the police and obtain a crime reference number.  You can and should report historic crimes of violence as the abuse does not need to be recent or ongoing.  The police should investigate the matter but it is not essential that your abuser is convicted.  This is important and many victims fail to claim compensation as they are unaware they are still entitled to claim.  Convictions can be difficult in cases of domestic violence.  There may be a lack of independent evidence to prove your suffering.  The controlling nature of some assailants may mean you cannot seek medical attention and often bruises are put down to `accidental’ falls.  However, if you do go to the police, you must fully co-operate with them and will almost certainly have to give a statement.  Often victims are persuaded to drop their allegations by their abusive partner.  If this happens, a CICA claim is likely to fail for non-cooperation with the police.  You must also show that you are the victim of a violent crime.  Verbal abuse and non-physical bullying is unlikely to suffice, however nasty.  Threats of violence may not amount to a violent crime, unless there is real and immediate risk of harm.

Another important aspect of the Scheme is that it is designed to help blameless victims.  If you have unspent convictions, these will be taken into account and could reduce your entitlement to an award.  Once your CICA application has been made, the Authority will take into account any convictions you receive whilst your application is processed and until your case is finally settled.  Bearing in mind some applications take several years to determine, it is important to remember convictions and even some simple cautions may count against your award, so you must stay out of trouble with the police whilst your CICA claim is ongoing.

Under the 2012 CICA scheme, if you have suffered domestic violence and are aged 18 or over, you must make your application to the CICA as soon as reasonably practicable after the last incident of abuse, and in any event within two years after the date of that incident.

This means that victims who were historically abused as children and who are not able to bring themselves to report their abuse to the police at the time may still be able to make an application to the CICA many years later.

However, the extended periods of time in which to make a CICA application will only apply if you can present evidence in support of your application so that it can be processed without further extensive enquiries by the CICA and you can show there were exceptional reasons for not making your CICA application on time.

At Robsonshaw we know that victims of domestic violence often suffer psychological injuries which can be an exceptional reason for the delay in making your application.  It is here that our specialist solicitors can help you.  Medical evidence is usually required to support your application for your delay in coming forward.  At Robsonshaw, we can help you obtain the necessary medical evidence to help you succeed with your CICA claim.

Robsonshaw specialises in bringing claims to the CICA Unfortunately the CICA do not pay for legal representation, so to help you gain the compensation you deserve, we can represent you on a contingency fee basis.  This means that if you win, we take a percentage including VAT from your award.  We will also fund the cost of obtaining your medical evidence so there are no `upfront’ fees to worry about.  If your claim fails, there will be no charge for the work done on your case.

The CICA scheme is often the only source of compensation for victims of domestic violence. Bringing a civil claim against your former partner is possible, but often only practicable if they have sufficient assets to pay your damages and legal costs.  It is therefore fundamentally important to ensure you gain help in bringing your CICA claim.  You only get one `bite of the cherry’ and if the CICA decide to make an award, it is often very difficult to challenge the amount of the payment after an award of compensation has been accepted.  To speak to us on an entirely confidential and no obligation basis, please call us at any time on 01392 345333 or email us at enquiries@robsonshaw.uk and we will contact you at your convenience to discuss the ways in which we can help you.