Following a Freedom of Information Request lodged by a local newspaper, Devon and Cornwall police has recently revealed it is now dealing with over 200 sex offences per month, some of which are serious arrestable offences such as rape and sexual assault. 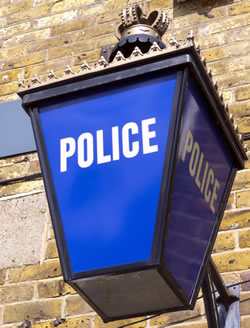 The overall picture is that the number of such complaints is on the increase.  Between July 2012 and September 2014 the Force received in excess of 5000 complaints relating to current or historic sexual abuse. Perhaps more disconcertingly more than half of complainants were children under the age of 17 years.  This two year period can be broken down as follows:

Although this represents a year on-year rise in such complaints of over 7%, the 26 month period for which the data is available is perhaps too short to make definitive conclusion about sexual offending.  However, it is clear that the police in Devon and Cornwall are now spending a substantial amount of policing time dealing with allegations and crimes involving sex abuse.

Perhaps it is not surprising that the number of allegations involving historic sex offences that took place before 1955 has dropped slightly. This may be explained by the fact that the perpetrators are now dead and victims consider there to be no purpose served in reporting the offence to the police. Or possibly the victim has died, or has learned to live with the incident and is not willing to re-live the trauma.  Whatever interpretation is placed upon the statistics, it has to be good news to learn that a substantial number of victims are now more willing to speak about their experiences than a generation ago.   Maybe we can attribute the increase in reporting to high profile cases such as Savile, where victims finally felt they had a voice and would be believed, even when they came forward years after the abuse took place.

Furthermore, the criminal legal system and the way in which complaints are investigated has changed over the last few years.  It aims to be far more victim friendly, preferring instead to heed the allegations of victims and place the evidence before a jury for a determination, rather than to disregard the complaints of those abused in the absence of corroborative evidence.

It would appear Devon and Cornwall police actively encourage the reporting of all sexual offences and are determined to provide the best possible service to victims.

In line with other police forces throughout the country, Devon and Cornwall police employ specialist sexual offence and domestic abuse investigation teams, dedicated child protection teams and sexual offences liaison officers to ensure victims are properly supported by the force.

At robsonshaw solicitors, we represent victims throughout England and Wales and are dedicated to ensuring victims of sexual abuse are properly compensated.  Historic sexual abuse claims are often complex and it is important to choose a firm specialising in this area of law.  Whilst a criminal conviction for a sexual offence is often very helpful evidentially, even where a conviction has not been obtained, our solicitors have successfully won six figure awards of compensation for victims of sexual abuse.

We offer no win no fee and contingency fee agreements to make funding your claim hassle free. To speak to a member of our dedicated team please email us on enquiries@robsonshaw.uk and we will help you on a confidential, no obligation basis.