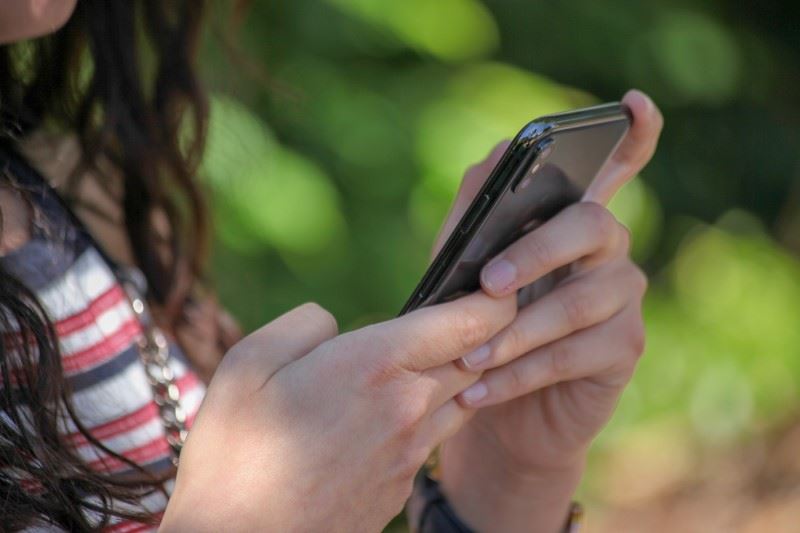 Sexting abuse - is it illegal, and can you claim compensation?

In this article we take a close look at sexting and the law. What is sexting? Is it illegal, and can victims of sexting abuse claim compensation? Our specialist sex abuse solicitors answer your questions.

If you would like our advice on whether you have a good case to claim compensation, please get in touch for a free and confidential consultation.

Sexting is the sending or receiving of sexually explicit or sexually suggestive images, messages, or video via a mobile or the Internet.  Examples of sexting include sending:

Is Sexting against the Law?

Whatever your age, if you have a mobile device, PC or other digital device, with any indecent images or videos of someone under the age of 18, then you would technically be in possession of an indecent image of a child. This is an offence under the Protection of Children Act 1978 and the Criminal Justice Act 1988. The legislation includes images of yourself if you are also under 18.

If you are under 18 and you send, upload or forward indecent images or videos to your friends, boyfriends or girlfriends, this would also be breaking the law, even if they are photos of yourself ('selfies').

However, if you are under the age of 18, then you are deemed to be a child and the law is there to protect you, so the chances are that you will not be prosecuted, although the police may speak to you and warn of the dangers.

In Scotland, it is illegal for an adult to send you a sexual message if you are 15 or under. 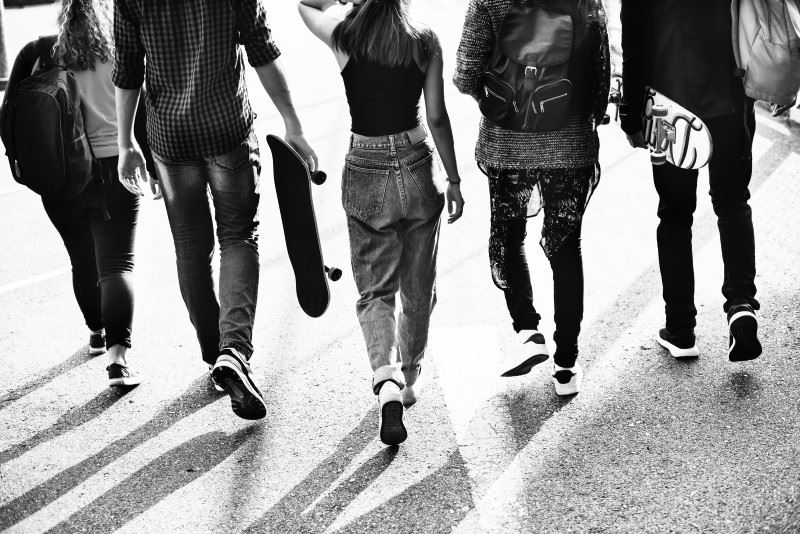 What are the dangers of Sexting?

None, if the image is not of a child and sexting is conducted between consenting adults.

However, if you have sent an image to someone and wish you hadn’t, then you are probably going to be at the very least embarrassed.  It would be best to have an honest conversation with them and ask them to delete it.  The quicker you are able to do this the better, as you may be able to stop them passing it on.

The greatest problem with sexting is that once you have sent the photo to someone else you have lost control over where and to whom that image is then sent.  If you know that an indecent or sexual image of you or a friend has been posted on the internet, you can contact the website, such as Facebook or YouTube, to have it removed. You can do this by visiting the help and safety areas of the website and following their reporting links.

Getting help from social networking sites and the police

Not everyone is always honest about who they are online.  If you’ve received a sexual message (that includes all types of messages, such as an email, text message, picture message or voicemail), or one that makes you uncomfortable, you should speak to someone you trust.  This is really important if you are under 18 or if the person who sent you the message is much older.

Many social networking sites and apps will let you report the message and block the person from contacting you again. This will help stop them from sending you more inappropriate messages.

It’s also a good idea to report what happened to the police.

Can I claim compensation?

To claim compensation you would have to show the law has been broken.  If you are a child and an adult obtains a sext from you, the chances are that they have broken the law.

You will also have to show that you have received a sext from an adult or you have been asked to send a sext to an adult.  However, you will only receive compensation if you have suffered a recognisable psychiatric illness, such as depression, or post-traumatic stress disorder as a direct result of the sexting.  Just being upset, embarrassed or cross is not enough of a reaction to qualify for compensation.

What if the abuser can't pay?

Bear in mind that even if you are entitled to receive compensation, often whether you receive damages depends upon whether your opponent has the means to pay money to you. Some individuals may not have any money or assets so it can be pointless suing for compensation.  Someone in work may be in a better position to pay compensation.  However, not all adults in work may have sufficient means so we would look to see if it is possible to sue a party that is insured.  This introduces the principle of vicarious liability.

Vicarious liability refers to a situation where someone – often an employer - is held responsible for the actions of another person – often an employee.  In a workplace context, an employer can be liable for the acts of its employees, provided it can be shown that those acts took place in the course of their employment.  The key question in any case of vicarious liability is whether the employee was acting in a personal capacity, or in the course of their employment. This can often be difficult to decide.

Although many employers are unaware that they can be liable for a range of actions committed by their employees in the course of their employment – (including, bullying and harassment, violence or sexting), businesses are usually insured. 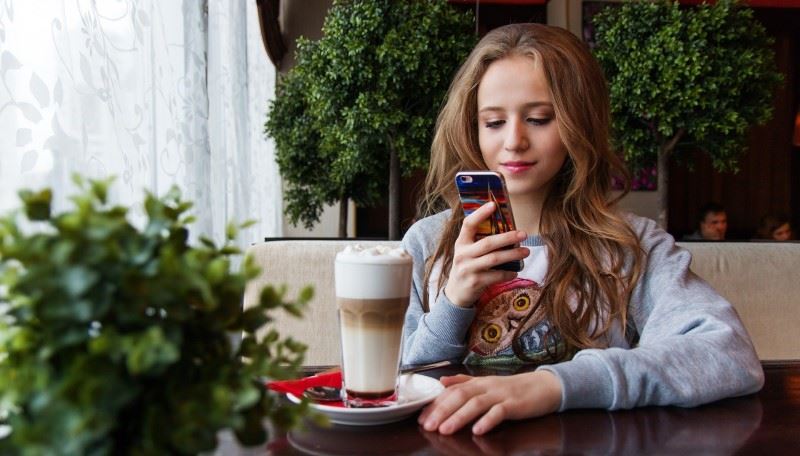 In a recent case a girl sued for compensation.

William Whillock was the vice-principal and child protection officer at a special needs school in Kent.  He was in his mid-50s at the time.  The victim was a pupil.  She was encouraged to text sexually explicit photographs of herself to Whillock.

The victim said of Whillock;

"He was like a father figure to me"..."He always said that if there were any problems, 'Just give me a call.'…"When I was at school I used to go to his office and talk to him about problems at home…as the relationship built up, things just got worse."

Whillock would call and text her late at night requesting naked images.  On one occasion, she provided a photo of her genitals and said:

"I used to feel that I was pressurised into sending them. I used to think to myself, just forget about it, it's nothing."

During the course of a year, 18 text messages were exchanged.  Twenty photographs were sent to Mr Whillock, 12 of which featured the victim either topless, in her underwear or naked in the bath and three were even more graphic.

Although Whillock told the girl to delete the photographs and texts, her phone was discovered by another teacher at the school.  The police were alerted.

Whillock was arrested and pleaded guilty to possessing indecent photographs of a child in court.  Whillock received a three-year community sentence.

The victim had by then suffered serious mental health issues as a result of the sexts.  She sued for the harm done by Whillock and the case went to Court.  The victim's civil action for compensation was based on a claim that the encouragement by Whillock of the exchange of text messages and images would inevitably cause her psychological harm and Whillock should have realised this.  Whillock denied that he encouraged her to send him indecent photographs or that he was attracted to her.

The Court decided that although the texts and images themselves were not directly intended to cause the victim harm, it was obvious that the illicit relationship would eventually cause nothing but harm to a vulnerable young woman.  The Court said:

"The perpetrator cannot realistically say that the consequences were unintended".

As a result,the victim was awarded a five-figure award of damages, which included damages for the harm caused by the text messages and images alone.

Anyone involved in sexting another person needs to be sure that person is psychologically robust, is not vulnerable and is consenting to the exchange of messages and images.  Children should not sext and the images should never feature anyone under the age of 18 years.

If you are a child or vulnerable adult and have received unwanted sexts, or been pressurised into sexting someone in a position of trust, such as a teacher, scoutmaster or someone responsible for you and this has caused you mental health issues, you may have a claim for compensation.

To contact one of our abuse specialist solicitors in strict confidence, please email us on enquiries@robsonshaw.uk

How can I appeal my CICA award?

How do I appeal my CICA award? Should you accept the CICA's first offer for compensation, and what's the appeals process?   Challenging the CICA decision If you've be... Read More

Reporting Sexual Abuse to the Police

Reporting Sexual Abuse to the Police In the year ending March 2017 there were well over 100 child sex offences reported to the police each and every day.  In fact official statistics record... Read More