Are mental health patients more likely to be victims of rape?

A new study publishes its findings in Psychological Medicine 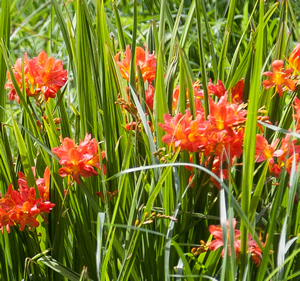 A recent study entitled “Domestic and sexual violence against patients with severe mental illness” found that men and women who suffer severe mental illness are between 2 and 8 times more likely to suffer sexual abuse or domestic violence than the normal population.  The new research, led by two London universities and funded by the Medical Research Council and the Big Lottery, has published statistics based on a survey of randomly recruited psychiatric outpatients. The lead author of the report, Dr Khalifeh, comments “the number of rape victims among women with mental illness is staggering…”

Women with severe mental illness are substantially more likely than women in the general population to suffer psychological ill health and attempt suicide following sexual assaults, but most do not disclose violence to healthcare professionals.  The report explicitly acknowledges patients with severe mental illness are at a substantially higher risk of suffering domestic violence and sexual exploitation.

Healthcare professionals need to work closely with those in the voluntary sector and criminal justice system in order to ensure that the high incidence of violence and sexual abuse in this sector of the population is properly understood.  Only then will violence against such vulnerable victims be effectively resourced, policed and addressed.

These observations and the conclusions from the report may seem self-evident to the casual observer, but do these specific groups within our population who are more likely to suffer domestic violence or sexual abuse receive preferential funding, or assistance from healthcare workers or the police?  The answer is probably not.

One way to address the statistical imbalance between the average man or woman and those prone to suffer domestic violence and sexual abuse is to introduce a system of statutory reporting. It is accepted this is potentially onerous for those healthcare professionals, teachers and other agencies that would come within the purview of statutory reporting. However, the ability to identify vulnerable groups from the population at large would allow those charged with a statutory obligation to investigate and prosecute domestic violence and sexual abuse to hone their investigations toward vulnerable groups, rather than across the population at large. For instance, those working within HM Prison service will constantly come into contact with both victims and perpetrators of sexual abuse.  Why can they not record data to enable professionals to target vulnerable groups and ensure help is directed at those most in need?

The import of this article is to consider whether it should be mandatory on specified healthcare professionals to seek voluntary disclosure of the history of any family or other violence, including sex abuse, from those most at risk within their care.

Would it be too onerous to expect prison staff to compile prisoner histories of the historic and ongoing incidents of domestic violence and sexual abuse?

Likewise, those healthcare professionals whose responsibility it is to care for people suffering mental illness in the community, or indeed during admission and rehabilitation might also compile information about the level and incidence of domestic violence and sexual abuse suffered by their patients.

Rhetorically one might ask what the state would do with such historic information?

The answer is simple.

The identity of perpetrators who have hitherto avoided investigation would be disclosed.

Arrangements could be put in place to protect people once they had been released from prison or care and thereby avoid the return back towards the very environment which gave rise to domestic violence and sexual abuse.

Information could be imparted to the victim so that strategies to avoid domestic violence and sexual abuse could be learned and employed.

The cycle of domestic abuse and violence, if such cycle exists, could be broken and a future generation excused the pain and suffering inflicted on the current generation of victims.

I have no doubt that prison staff and healthcare professionals do have an informal and possibly ad hoc system of recording information about levels of domestic violence and sexual abuse in their prisoners and patients. However, unless and until there is mandatory reporting and information is consistently and properly shared across agencies including the police, probation service and healthcare workers, then the information gathered will at best be sporadic and will fail to provide a national picture.  Without this information the targeting of resources and the expectation amongst professionals of where domestic violence and sex abuse truly lies will itself be anecdotal and patchy.

One wonders whether the scandal of child sex abuse in Rotherham over the last 10 or 15 years would have been perpetrated on such a large scale, and would have been investigated far more thoroughly and effectively had the children in the care of the local authority been seen as high risk from the outset.

No system is perfect, but the ability to predict problems from data is one of the great tools of science and it should be employed in the area of social care particularly if the consequence is to reduce the incidence of domestic violence and sexual abuse in vulnerable groups.

Robsonshaw is a specialist legal firm gaining compensation for victims of sexual exploitation.  If you are a victim of sexual abuse please contact us at enquiries@robsonshaw.uk for free, no obligation advice from one of our solicitors dealing with abuse claims.